END_OF_DOCUMENT_TOKEN_TO_BE_REPLACED

Why Men Visit the Doctor Less Than Women

A recent study by Cleveland Clinic highlighted the fact that there is a gender gap when it comes to medical care. Of the men they surveyed, 65 percent said they avoid going to the doctor as ...
END_OF_DOCUMENT_TOKEN_TO_BE_REPLACED
All Posts

For decades, men represented the majority in medicine. These five women faced the challenges and made memorable contributions to the medical industry.

For decades, various female-activist groups advocated for the inclusion of women’s history in classrooms across the nation. It wasn’t until 1980 that President Carter issued the first Presidential Proclamation to declare a National Women’s History Week. By 1986, 14 states were honoring women’s accomplishments throughout March, and a year later Congress officially declared March as the National Women’s History Month. Today, galleries, memorials and museums across the nation are commemorating the contributions women have made in American history and contemporary society.

For decades, men represented the majority in medicine. In 1860, there were only 200 female physicians in the United States, but today there are more than 376,000. Although it was challenging, the following five exceptional women have made major contributions to the medical industry. From breakthrough pharmaceuticals to advanced research discoveries, these women deserve applause for progressing healthcare in America. 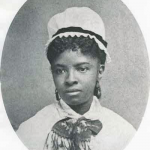 Dr. Crumpler became the first African-American woman to earn a medical degree in the United States. She graduated in 1864 from New England Female Medical College and published her book, Book of Medical Discourses, in 1883. Her work included providing medical care to free slaves through the Freedman’s Bureau, as well as poor women and children.

Sanger was a controversial and well-known birth control activist, sex educator and nurse. Around 1910 she coined the term ‘birth control,’ causing a backlash that forced her to flee the U.S. until 1915. In 1916, she opened the first birth control clinic in the United States and was arrested nine days after it opened for violating the Comstock Act. In 1921 the American Birth Control League was established, an earlier adaptation of Planned Parenthood. Her passion for women’s reproductive rights inspired her to push forward towards what resulted in the first oral contraceptive, Enovid.

Dr. Apgar was an American obstetrical anesthesiologist and the first woman to become a full professor at Columbia University College of Physicians and Surgeons. Apgar was known for contributing the Apgar (Appearance, Pulse, Grimace, Activity, Respiration) score – a standardized method of evaluating newborn health after birth. The Apgar score also helped Apgar and researchers quantify the effects of obstetrical anesthesia on babies which improved the fight against infant mortality. 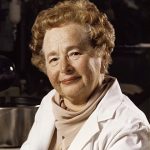 As an American biochemist and pharmacologist, Elion shared the 1988 Nobel Prize for the development of drugs used to treat several major diseases. After retirement, she oversaw the development of azidothymidine (AZT), an AIDS treatment that prevents pregnant mothers from spreading it to their fetuses. Elion was also responsible for the first immunosuppressive drug used for organ transplants, as well as the first antiviral drug to treat viral Herpes infections. 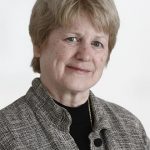 As an American Cancer Society Professor, Dr. King studies human genetics and complex traits. Her work involves studying the interaction of genetics and environmental influences in various diseases. Her contributions to medicine include identifying understanding the genetic susceptibility of breast cancer, demonstrating that humans and chimpanzees are 99% genetically identical, and using genomic sequencing to identify victims of human rights abuse such as illegal adoption.

These influential scientists, doctors, and activists represent only a fraction of the impact women have made in medicine throughout the course of history. From progressing societal expectations to introducing new pharmaceuticals, these women have left their mark in the history of healthcare. Today, America remains a leader in medical research thanks to their dedication to innovation. Therefore, this National Women’s History Month we honor their multiple accomplishments and contributions.